When it comes to food consumption in recent years, the familiar Disney refrain has proved true: “It’s a small world after all!”

Where cheese comes from is driving consumption, and bringing international varieties into the marketplace is a way to influence continued growth, according to Euromonitor (“Between Health and Indulgence: Unveiling Geographical Hotspots for Cheese Part I,” October 2018). American consumers have increased exposure to ethnic cuisines, experimenting with food and flavors, and expanding their taste preferences.

“The global cheese market has become smaller, more intimate, because consumers have been exposed to a wider variety of cheese from different countries with unique flavors, textures, and applications,” says Melissa Abbott, vice president for Hartman Retainer Services, the research division of the food consultancy The Hartman Group.

Originally, ethnic foods were hard to find outside of foodservice and family homes. Today, they are available in grocery stores and other retail channels due to increased consumer interest in international cuisine and ethnically inspired flavors.  While Millennials may significantly influence the cheese category, Gen Z is driving many of the global flavor and ethnic food trends, according to Caroline Roux, food and drink research manager at Mintel. Bold, spicy flavors and foods from the Mediterranean, Middle East, Korea and Southeast Asia appeal to Gen Z consumers.

The aging of multicultural generations that were exposed to ethnic foods as children, the growth of the Hispanic population in America, and a burgeoning desire by more people to try new things have helped “make uncommon foods and flavors more available to consumers to try,” explains Eric Richard, industry relations coordinator for the International Dairy Deli Bakery Association (IDDBA).

Cheese is a mainstay on American menus, and it continues to appeal as both a standalone snack and as an added ingredient. While cheeses like mozzarella and cheddar are still favorites, Hispanic varieties are becoming more popular, according to IDDBA data. Consumers have become better acquainted with Hispanic cuisines and ingredients through various marketing channels. This exposure has driven tremendous growth for Hispanic cheeses such as Queso Fresco, Cotija and Oaxaca, which all bring different attributes to cooking.

“More consumers are eating global cheeses as a part of their daily diets, and cheese as an ingredient is popping up in products more often,” Abbott continues. “Hispanic varieties, like Manchego from Spain or Haloumi and feta from the Mediterranean regions, are moving into the mainstream.”

Today’s consumers want to know how their food is made, where it comes from, and how they can create an exciting food experience. Cheese producers, manufacturers and retailers must be

perceived as sources of this information, whether in-store, social media or websites, according to IDDBA data. 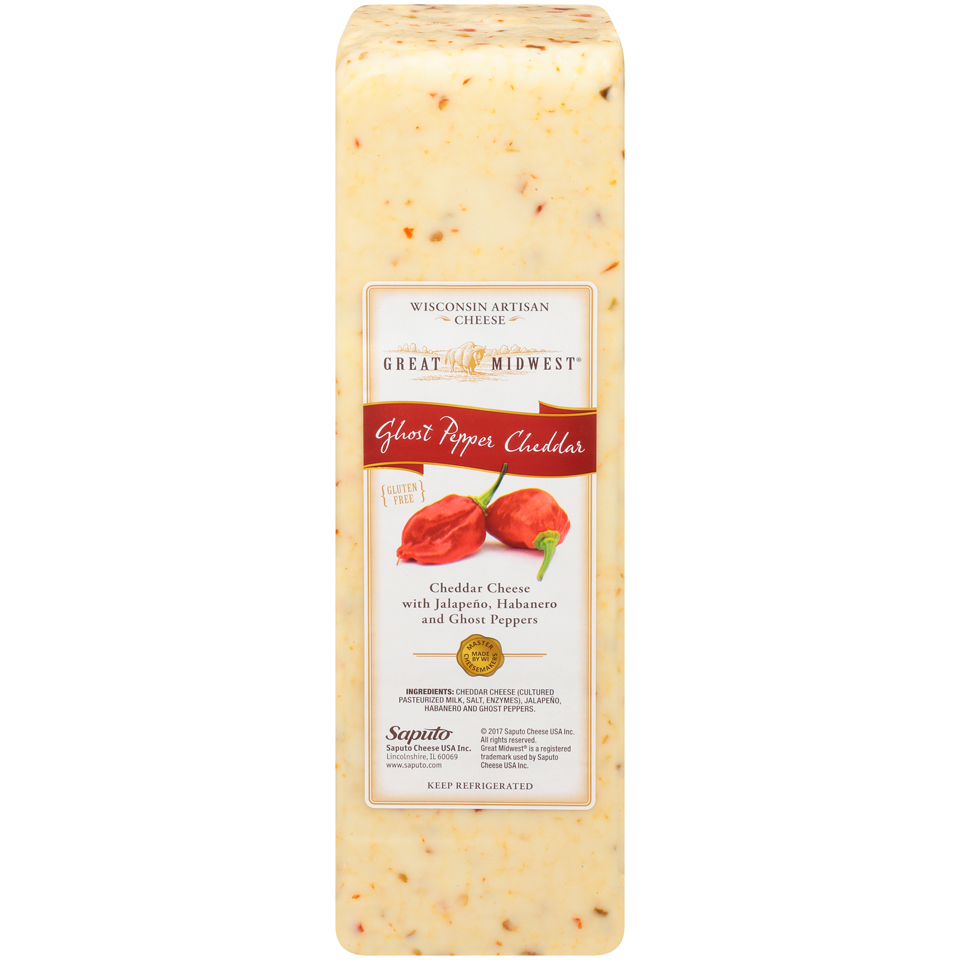 Retailers like Trader Joe’s “have changed the way consumers engage with cheese, offering tastings and extensive cheese counters,” Abbott says. “They are guiding consumers on the cheese journey by providing products in multiple applications and flavor varieties.”

Cheese producers may leverage the ‘experiential’ dining trend by partnering with manufacturers and other industries to create unique eating occasions that engage consumers. For example, in-store tastings or festivals allow consumers to sample new products and learn about serving suggestions and complementary pairings with wine, nuts, bread or fruit.

“Consumers want to create experiences for their families and friends. They are curious about unique appetizers and meal combinations to bring home,” Richard says. “Cheese is perfect for endless innovation in fresh and commercial fresh or frozen baked goods, resulting in constant excitement in the marketplace.”

Food television shows also deserve credit for elevating consumer awareness of cheese pairings, flavor combinations, and unconventional applications. They also have driven new culinary concepts, innovation and product usage throughout the cheese industry. “Consumers watch food television as a sport,” Abbott explains. “They are educated about foods, which translate into their shopping habits and preferences.”

While international cuisines certainly influence consumption of global cheeses, the primary driver isn’t cuisine specific. Hartman Group research indicates that innovation is driven more by authenticity, transparency and quality fat. In the past, consumers believed that eliminating fat, avoiding certain ingredients and changing their preparation methods were the best way to achieve good health.  But that is no longer the case. “Today’s consumers are willing to choose more indulgent foods if they are perceived as premium, traditional, artisanal, locally sourced and authentic,” Abbott says. “These trends create opportunities in the cheese space.”

The craft of cheesemaking is one such opportunity. “There is a storytelling component to cheese,” Richard notes. “From what part of the world it originates to where the cows or goats are raised … the whole story from farm to cheese case or aisle is quite compelling.” 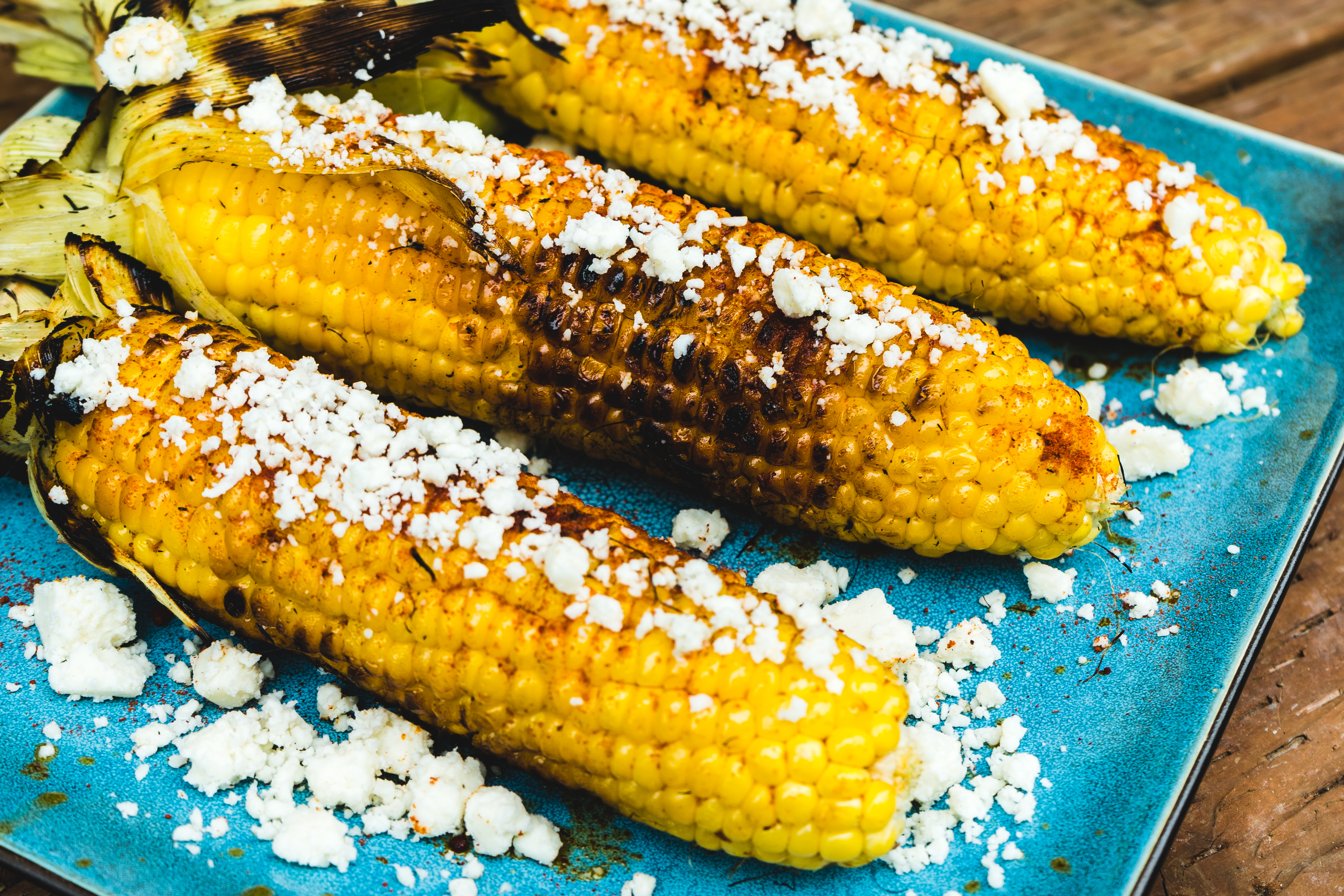 Premiumization can serve as a way to promote global products and flavors. The Hartman Group research finds that distinct flavors, sourcing and price effect consumer preference for cheese. Innovation that incorporates bold, ethnic flavors and features the ‘cheese story’ on product labels lends a uniquely, authentic quality to more mainstream products. Premium cheese products that can be labeled as craft, small batch, exclusive and internationally inspired create an appeal to consumers.

“Producing and marketing a quality or premium cheese or ingredient is appealing to consumers, and infusing distinctive flavors creates excitement, elevating the food experience,” Abbott says.

Making international flavors more accessible to the average consumer is stock and trade for Trader Joe's, which recently began selling kunefe. The Middle Eastern dessert features outer crusts made of kataïfi (shredded phyllo dough) and an interior blend of mozzarella and mizithra, a ricotta-like cheese made from sheep or goat milk.

Globally inspired cheeses are finding their way into more mainstream snacks as well. “The proliferation of snacking and endless snack occasions creates additional opportunities for new food pairings and cross-merchandising offered in stores and other channels,” Richard explains. 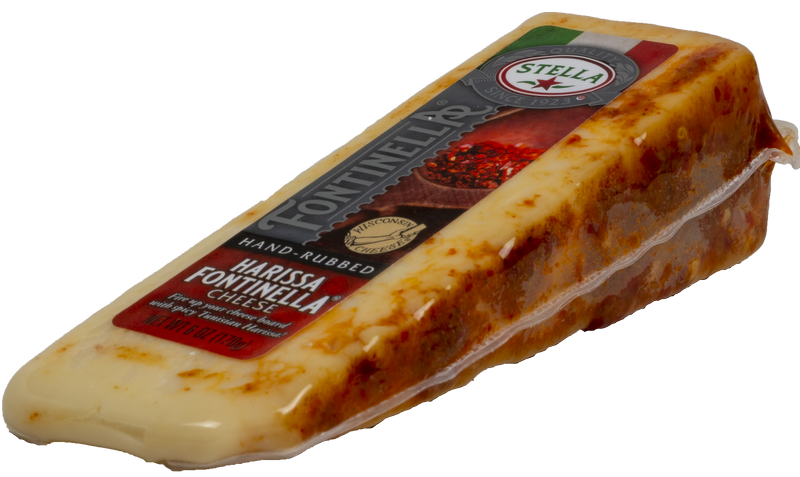 Consumers are not cooking as often, and if they do, they make partially homemade meals combining take-home fresh, frozen and refrigerated foods to embellish them. This trend creates a great space for producers to innovate cheese and cheese products, like appetizers, sides, and desserts, according to Hartman data.

Producers and manufacturers are infusing global flavors, such as Hot Ghost Pepper, Jalapeño, and Habanero, into cheese products consumers use daily. Offered in multiple formats, these flavors elevate the taste experience of traditional foods like nachos and hamburgers.  Middle Eastern- and Mediterranean-spiced cheeses with sundried tomatoes and kalamata olives lend international distinction to paninis and pizzas.

Saputo’s Great Midwest® brands took the classic taste of aged Cheddar and blended in favorite flavors, like fiery, hot ghost peppers, creating a uniquely different, artisanal cheese. The Great Midwest® jalapeño and habanero Monterey Jack cheeses turn up the heat in any dish. And visit the Greek Islands without leaving home, by slicing into the Great Midwest® Mediterranean Cheddar cheese, featuring a combination of sun-dried tomatoes, Kalamata olives and a spice blend. These ethnically-flavored cheeses create a distinctive eating experience for consumers.

From Unknown to Uniquely Familiar: Inside the Cheese Journey

Consumers seek variety, and they are looking beyond traditional offerings. Products featuring globally inspired food and ethnic flavors are especially appealing to those consumers who crave something unconventional.

Education is key to making global cheeses more familiar. Certain cheeses are better suited to stand alone rather than being incorporated into a product. Helping consumers understand the value of using one cheese over another in different ways entices them to try different combinations and products on their own.

Targeted messaging and labeling can help manufacturers and retailers better connect with consumers, according to IDDBA data.  Including an ethnic cheese’s story on the packaging engages and educates curious consumers. Sampling of global cheeses and products with ethnic flavors also widens exposure and establishes brand awareness.

Global cheeses are often included in products to appeal to those looking for a more gourmet, culinary experience. Commercial fresh and frozen products (including appetizers, breads, pizzas, pastas and desserts) play into the consumer desire for fresh, premium foods made from high-quality, authentic ingredients.

Incorporating global cheeses in adult or even kids’ snack trays could be an area of growth for producers. Kids today are exposed to multicultural cuisines and flavors at a much earlier age. “Younger generations of consumers are an evolving customer base, and they will be looking for authentic products with global cheeses and ethnic flavors that deliver an amazing experience,” Richard says. “But it takes time. Exposure. Familiar. Mainstream. That’s the journey.”

Breakfast Anyone? The Morning Meal Creates New Prospects for Cheese

Eating occasions are constantly evolving, and cheese producers and manufacturers must evolve with them. Hartman Group qualitative insights and quantitative data show that health-conscious consumers seek functional and tasty food options throughout the day. Cheese products are a mindful snacking option—even at breakfast. 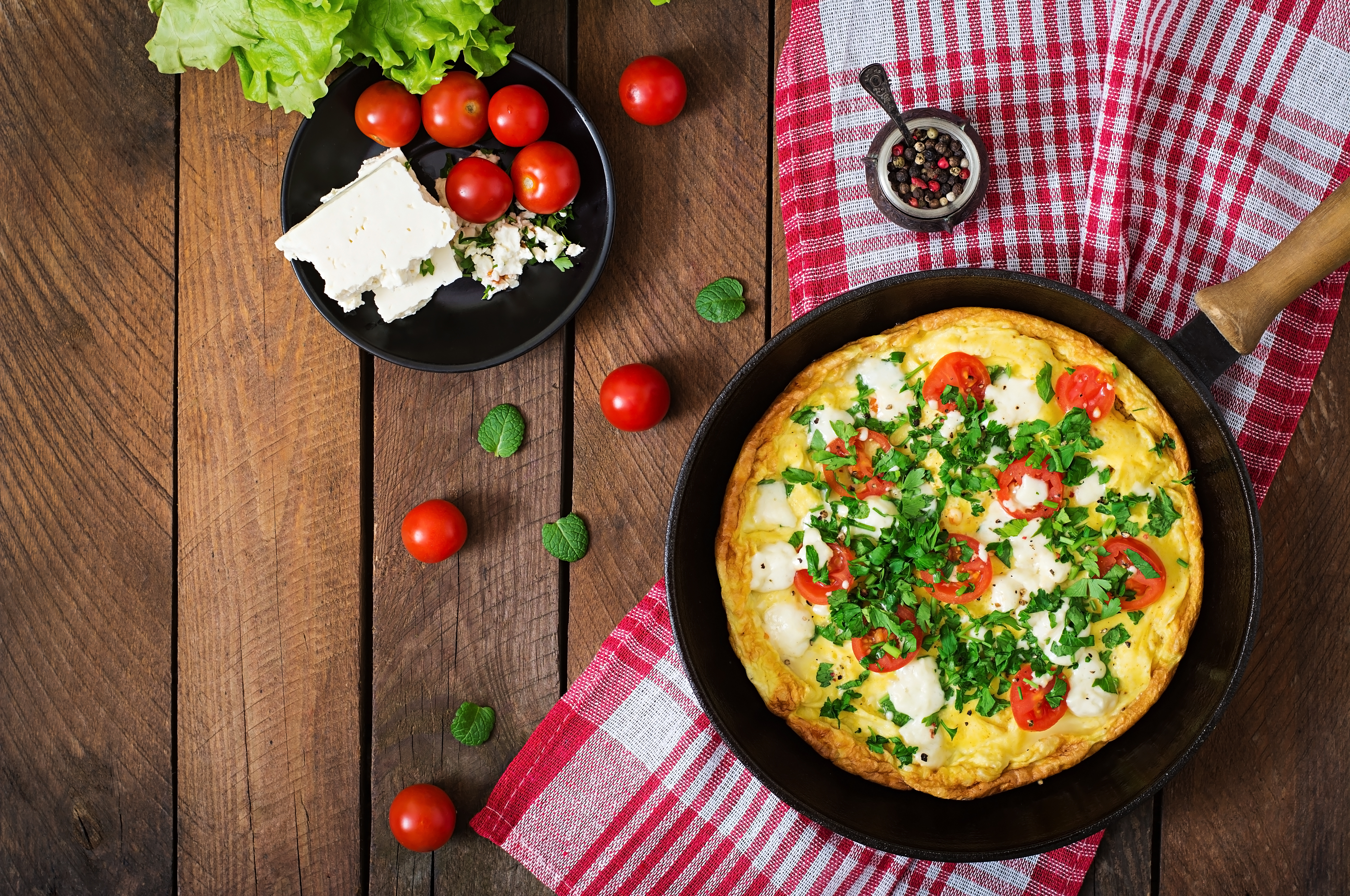 “Research shows that most consumers tend to eat cheese as a snack—typically from noontime on,” says Melissa Abbott, vice president for Hartman Retainer Services. “More recently, morning occasions for cheese and cheese product consumption have increased, especially among Millennials who prefer savory foods and are not as concerned about fat.”

Influenced by Hispanic cuisines, breakfast sandwich makers have evolved their offerings to also include breakfast tacos or burritos. Breakfast bowls are becoming popular as well, in part because they can be made with globally inspired ingredients from Hispanic and Asian cuisine, according to Packaged Facts’ “Bundle: Breakfast Trends and Opportunities” reports. “Race and ethnicity emerge as distinguishing characteristics in breakfast usage and habits," David Sprinkle, research director for Packaged Facts, said upon the reports’ release.